Nikkita Oliver (they/them) is open about their desire to immediately and completely abolish the police.

They do not believe in reforming the police. The whole system must be thrown out.

Like most police abolitionists, their policy proposals for how to maintain public safety in the absence of police are remarkably light on details. Investments in marginalized communities, mental health and other social programs are supposed to immediately eliminate crime and the need for policing. Society should not work towards reforming police forces, as their very existence is proof of institutional racism and the criminalization of poverty.

Oliver claims there is no link between decreased policing and increased crime, despite the mountain of evidence linking the two.

One way in which Oliver would “reduce crime” is by ending the prosecution of misdemeanors by the poor, Persons of Color or the mentally ill.

They present this proposed “reform” as a way to restore justice to the system, ignoring the need for any justice for the victims of these crimes, as well as ignoring the inevitable increase in street crime once criminals realize they can break the law with impunity.

The Results of Oliver’s Activism

To gain a concrete example of the sort of unfortunate victims of the system that Oliver would save from the evils of incarceration, it is helpful to examine the case of 15 year-old Jakwaun Shannon, who Oliver personally intervened to save from jail after four armed robberies, three drive-by shootings and assault with a firearm.

After Oliver got him released, Jakwaun Shannon went on to shoot two women during an attempted robbery and carjacking.

Oliver told the judge that they were there as a community member, advocate, and lawyer to “commit my support to making sure that Jakwuan does what he needs to, shows up where he needs to be.” Where was Oliver when the boy recommenced his violent rampage? Does Oliver have any remorse for the shot and robbed victims? This is the future Oliver is working for.

Oliver is careful not to openly advocate for violence such as riots, to avoid “blowing their cover” as openly pro-violence candidates such as NTK have. Still, sometimes the mask slips.

Nikkita Oliver believes that riots are sometimes just “protests with some property damage”.

This follows a common trend of far-left activists dismissing violence when inflicted against their political opponents or third parties.

The public’s attention on those protests that devolved into violent riots frustrates militants such as Oliver. To them, there is no such thing as a “Bad” protest

Nikkita Oliver at the CHAZ/CHOP 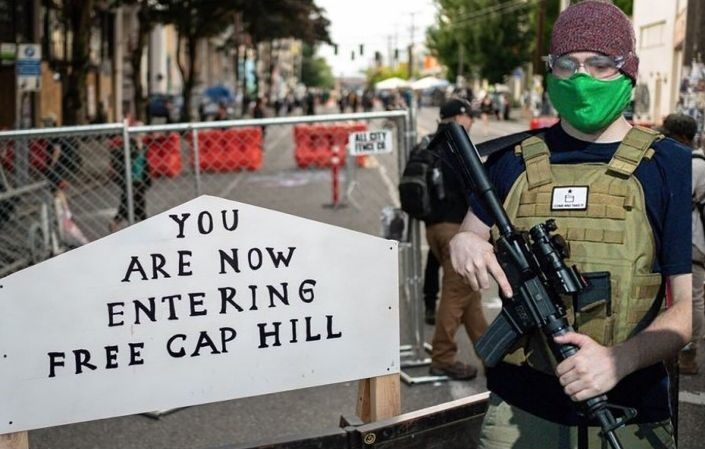 Oliver was an early fan and enthusiastic proponent of the CHAZ/CHOP “Autonomous Zone” setup in the Capitol Hill section of Seattle in mid 2020.

Oliver felt the Autonomous Zone, which they liked to call an “Autonomous Safe Zone”, was a necessary response to police tactics in response to months of violent protests and riots in the summer of 2020.

July 3rd 2020, Oliver gave their thoughts on that day’s clearing of the CHAZ/CHOP by SPD. They shared several incorrect statements, such as that residents were not given warning to leave or alternative housing options, then blamed the city for causing the problem by not investing sufficiently in POC communities. Strangely, they give no mention of the rampant criminal activity in the “Autonomous Zone”, including two murders and the repeated obstruction of SPD’s forensics team’s attempts to solve them. As City Council member, Oliver would presumably be in favor of multiple new CHAZ/CHOPs springing up around Seattle, to offer more neighborhoods a taste of the benefits of lawless anarchy. 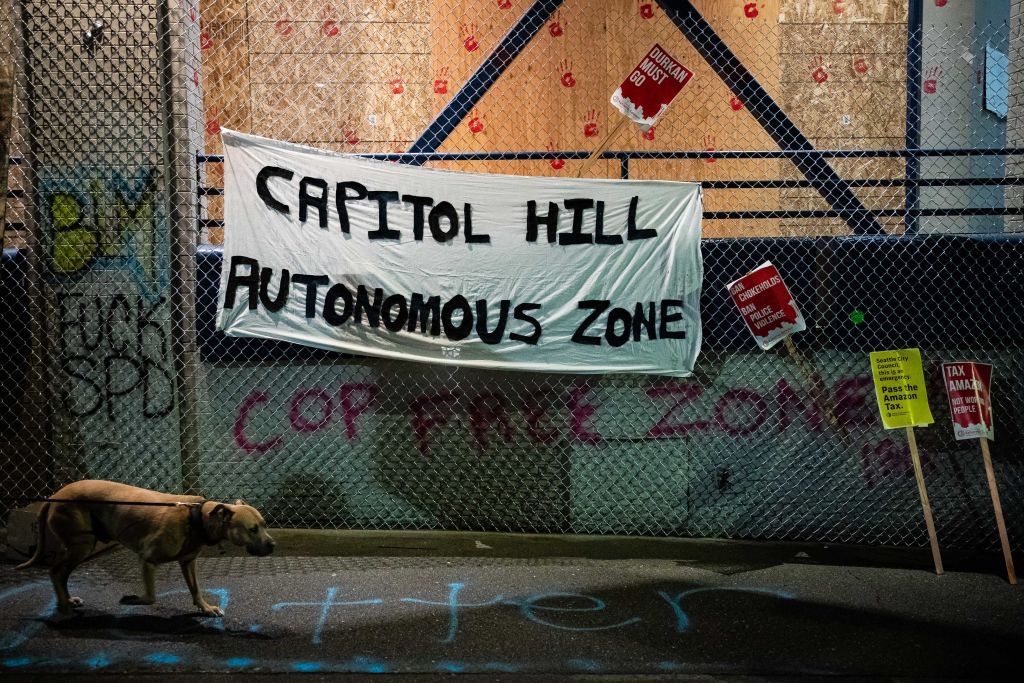 Oliver would abolish the police, stop misdemeanor prosecutions for favored groups, and turn a blind eye to street violence, riots and the establishment of violent anarchy zones. In a nutshell Nikkita Oliver’s ideal Seattle is one big CHAZ/CHOP.