Nikkita Oliver (they/them) is more guarded about their ultimate goals for Seattle than their ideological colleague and openly anarchist fellow candidate Nicole Thomas-Kennedy (NTK). However a close examination of Oliver’s statements exposes the plan. 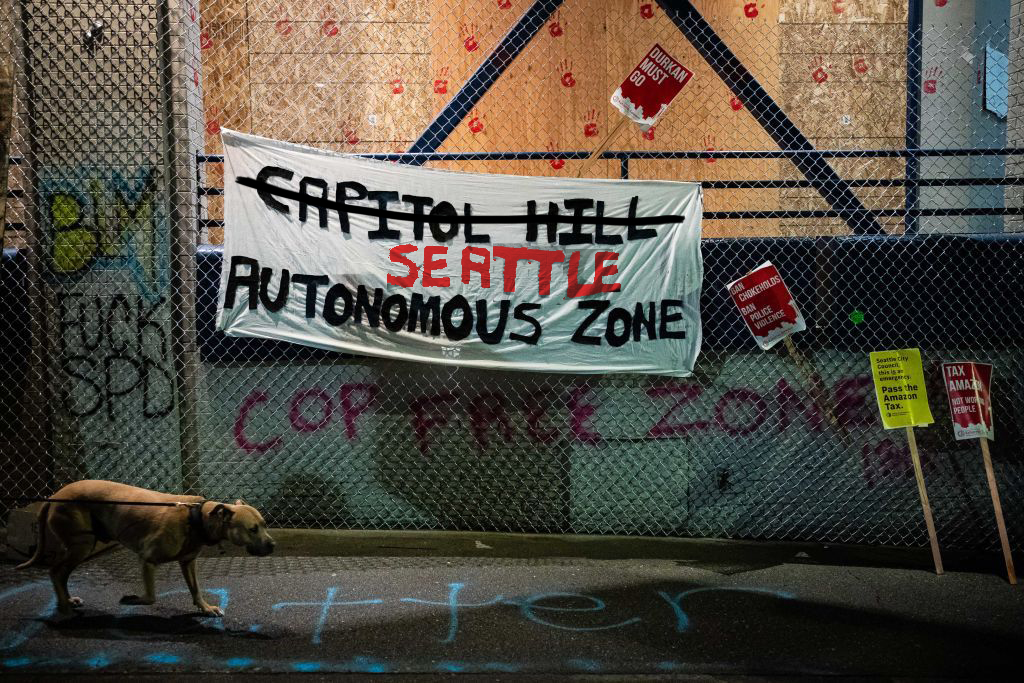 Readers won’t be surprised to learn that Oliver’s platform includes vastly expanded taxes. However, Oliver’s plans for societal transformation go far beyond just taxes. As outlined on their campaign website’s platform page, a few of Oliver’s highest priorities include:

But beyond the massive new taxes needed to pay for these ambitious social programs and the inevitable exodus of parents, homeowners and businesses triggered by Oliver’s anti-business and anti-social policies, what other effects would Oliver’s platform have on the city?

The Impact on Public Safety

If elected, City Council candidate Nikkita Oliver and City Attorney candidate Nicole Thomas-Kennedy would join other far-left ideologues at city hall in defunding, then abolishing SPD, stopping the prosecution of the vast majority of prosecutions of misdemeanor crimes, and encouraging the release of those committing even violent life-threatening crimes (at least, the release of those from their preferred racial groups). They would ceaselessly attack any public police force in the city until it was dissolved, then would likely attempt to outlaw private security, personal protection by residents and ultimately, attack the personal safety of any residents who dare to speak out against their goals of racially-oriented violent anarchy.

The Tragedy for Society

Oliver started their activist journey advocating for the Black community to have higher visibility and a greater share of this affluent region’s plentiful resources. They defended the needy as an attorney and organized for city candidates. They are obviously a highly educated, intelligent, charismatic and passionate individual, with many talents to offer.

But somewhere along the way, Oliver became radicalized into a far-left militant, supporting the clearly indefensible, such as violent riots that terrorized the city, pro-violence anarchist candidates such as NTK, the establishment of lawless “Autonomous Zones”, lying to judges in order to get violent felons released to further prey on their community, and anything else that furthered their ideological tribe’s attempt to seize power in the city. Any tactic, no matter how ugly or dishonorable, has been fair game on the path to that goal. Oliver, NTK, Sawant and other far-left militants are the “accelerationists” of the left, mirror images of the white supremacist accelerationists of the right. Both hope to push society into further conflict and upheaval, knowing that crisis represents opportunity to them.

Observing Oliver’s path from altruistic attorney to hard-left pro-violence militant is saddening. Their slide into anti-social behavior likely represents some deep-seated personal challenges that should engender sympathy, but which does not grant them a free pass to destroy society. Ordinary residents must stand up against the tremendous damage to the city that the election of unhinged extremists such as Oliver, NTK, Sawant or other fellow travelers would cause.

Make sure you know the truth before you vote this election.